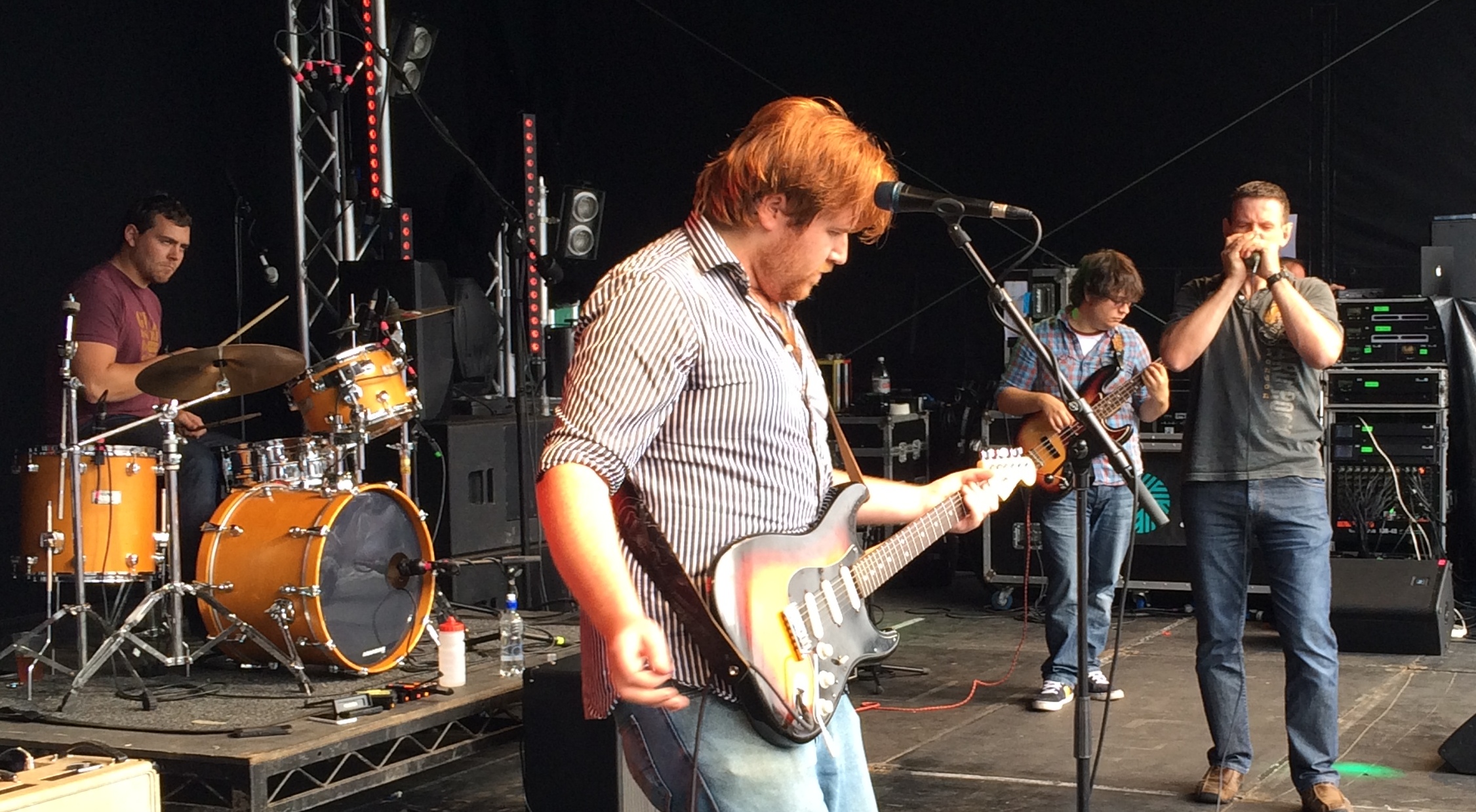 All too often when a band are performing on stage it’s the front man, the singer that gets all the attention. Unavoidable and understandable up to a point in the circumstances. However, the sound you hear is actually a combination of inputs from a variety of musicians all on stage at the same time and all performing for your entertainment. I’d like to take some time here to outline the philosophy behind my backing band The Smokin’ Locos and to introduce you to the main protagonists.

The first thing you might have noticed if you’ve ever caught a live show involving the full band is that the lineup changes quite frequently – both the faces behind the instruments and the nature and number of the instruments themselves. That’s partly deliberate and partly due simply to availability of personnel at the time. The core of The Smokin’ Locos is: Drums, Bass, Saxophone and Harmonica. From time to time I’ll switch additional instruments in if the music benefits from it and at such times you will see the numbers in the band grow for a while. In that way we try and keep things fresh and alive by introducing new sounds and people with ideas. Hopefully over time you will see the benefit of that.

Signup to the Newsletter

Damn Your Eyes on Spotify

This website uses cookies to improve your experience while you navigate through the website. Out of these cookies, the cookies that are categorized as necessary are stored on your browser as they are essential for the working of basic functionalities of the website. We also use third-party cookies that help us analyze and understand how you use this website. These cookies will be stored in your browser only with your consent. You also have the option to opt-out of these cookies. But opting out of some of these cookies may have an effect on your browsing experience.
Necessary Always Enabled
Necessary cookies are absolutely essential for the website to function properly. This category only includes cookies that ensures basic functionalities and security features of the website. These cookies do not store any personal information.
Non-necessary
Any cookies that may not be particularly necessary for the website to function and is used specifically to collect user personal data via analytics, ads, other embedded contents are termed as non-necessary cookies. It is mandatory to procure user consent prior to running these cookies on your website.
SAVE & ACCEPT